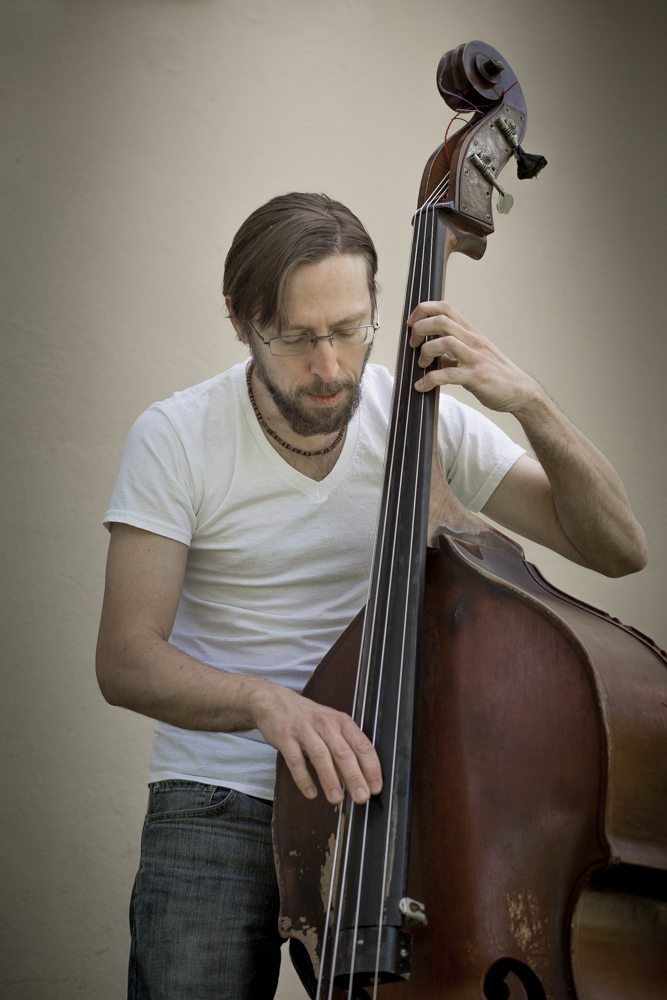 Jason Fraticelli is a Philadelphia-born upright bassist, composer, multi-instrumentalist, and bandleader who has spent over 25 years immersed in the Philadelphia and New York jazz and original music scenes.

He co-leads the acclaimed 10-piece electro-jazz ensemble the Fresh Cut Orchestra, and it was through this group that Jason received a Pew grant to record one of his most extensive works, the Mothers’ Suite, which was released on Ropeadope Records in 2014. Other grants and commissions Jason has received include those from the American Composers Forum’s Philadelphia Chapter, the Kimmel Center of Philadelphia, the Painted Bride Arts Center, the John F. Kennedy Center for the Performing Arts in Washington, DC, and, most recently, the Black Mountain College Museum in Asheville, NC.